How is Europe narrated from its Eastern half?

Narratives of Europe: Perspectives from its Eastern Half 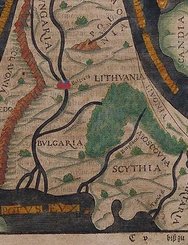 This project investigates how Europe is identified in narratives from its Eastern part. It is run by Södertörn University (Stockholm) within the research area of Critical and Cultural Theory with funding from Östersjöstiftelsen (The Foundation for Baltic and East European Studies) in 2012 - 2016. The project's principal outcome is the book "Europe Faces Europe: Narratives from Its Eastern Half" edited by Johan Fornäs with contributions from all project researchers and published by Intellect Press in spring 2017. 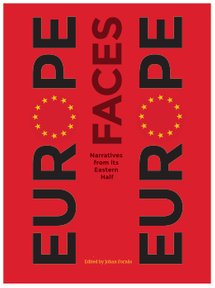 The project focuses on how "Europeanness" is fabricated and narrated in one of Europe's dynamic peripheries. Focusing on the region's philosophical, political, literary, musical, art and media discourses, a systematic and comparative analysis is made of how European identity is articulated differently depending on national context and narrative genre. The project thus makes comparisons in three dimensions: how does the narration of European identity vary (1) between centre and periphery; (2) between national subregions of East Europe; and (3) between narrative genres of communication.

In East Europe, neighbouring countries with divergent experiences have taken distinct paths vis-à-vis the European project of unification, offering excellent clues to the diverse facets of ongoing refigurations of what Europe means. In this region, concepts of Europe are intensely cultivated and debated, challenging the notion of East Europe as the "Other" and suggesting that they in many ways tend to be more active Europeans than many in Central or Western Europe. Discursive tensions will be scrutinised between "Fortress Europe" and Europe as communicative node, unity and diversity, stability and mobility, universalism and particularism. There are variously emphasised traces of Christian heritage, colonial history, Enlightenment ideas of progress, experiences of war, or reference to old and new transnational connections.

This website contains images from online open sources. Should you justifiably wish to claim copyright for any one of them, please contact the project team

Europe Faces Europe: Narratives from Its Eastern Half (ed. by project leader Johan Fornäs) was published by Intellect Press in spring 2017.

research project hosted by Södertörn University and funded by Östersjöstiftelsen